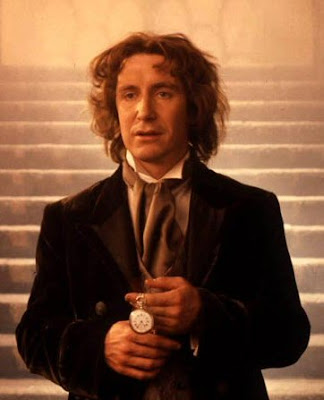 Latte: Karen finished one of her Port Ludlow socks. She is also recommencing work on her Vivian sweater after an edging mishap and a miscrossed cable. Abby is working on her Color Affection shawl in Malabrigo Silkpaca. She is making good use of a listener suggestion to print out the colors of the stripes and bold the rows on which the shaping happens. She is also adding yarn-overs to the ends of the rows to keep them loose and easy to block.

Bitter Cup: Karen ripped her Alewives Cowl (again) and is casting it on (again). Abby's Narcissa socks from Mountain Colors Crazy Foot developed an error in the lace pattern. She dropped down and fixed it but... her Asterope shawl (knit out of Bumblebirch Grove purchased at Pearl Fiber Arts in Portland during her first job interview) also sprung a mistake. Attempts to fix it were unsuccessful so off to the frog pond it went. The printed copy of the pattern for Abby's SPAKAL sweater, Dark and Stormy, has gone missing. It has been revised since she started the sweater and it is currently unclear which version she was using.

Brewing: Karen is brewing sock patterns for her sister-in-law. She wants to knit traditional socks for lederhosen. Karen has found one pattern, Trachtenstrümpfe mit Stulpe, but she would appreciate any suggestions.
Abby feels like she is still living in chaos and is brewing solutions to help her take control of her living environment. She has not yet fully unpacked; this is making her feel disordered and causing difficulty for her when she can't find things. She would love input on organizing her new space and prioritizing purchases for that organization.

Coffee Cart (formerly Chai)- Where We've Been, What We've Found: Abby found Coava Coffee in industrial Southeast Portland. Karen is looking for a new coffee bean supplier and was very happy to learn about Coava Coffee. 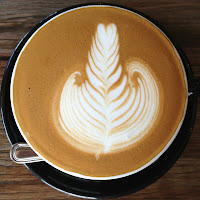 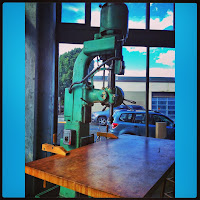 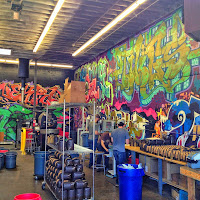 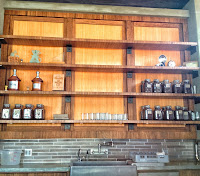 Karen went to the Wollemeise store in Pfaffenhofen an der Ilm while she was in Germany. Her husband tells her that "Pfaffen" is a slightly derogatory term for priests and that "Hofen" is yet another word for village.
Karen took pictures of the adorable yarn art in the store: 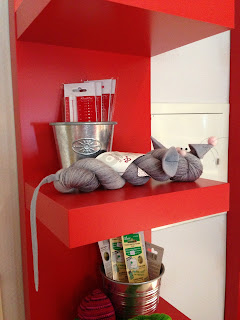 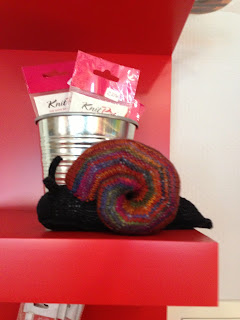 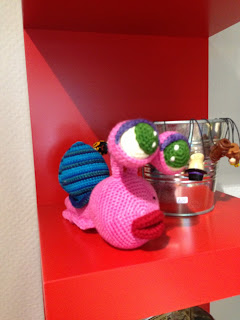 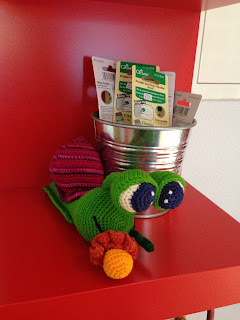 Abby is making a Lady Grey shrug out of one skein of her Wollemeise yarn.

Sew Steep: Karen has a quilt top, her first, that needs to be quilted. Abby promises to help her. She also has a quilt top in need of quilting, a quilt that she started for Ben when he was young.
Abby has a magic tool to baste the quilt sandwich together.
Abby is also making a dress for herself, but needs to make some alterations to the pattern.

Sofa: Abby and Karen are both watching Project Runway: Season 12. Neither of them has a favorite yet, but so far they both like Alexandria and Dom. And they both dislike Ken. A lot.
Abby watched the Dr. Who movie, which she hated. But she really liked Paul McGann as the eighth Doctor. Karen admitted that she has never seen Dr. Who. Abby wondered whether the answer.
Karen watched Joan Rivers: A Piece of Work and enjoyed it tremendously. It is NOT about plastic surgery, in case you were wondering.